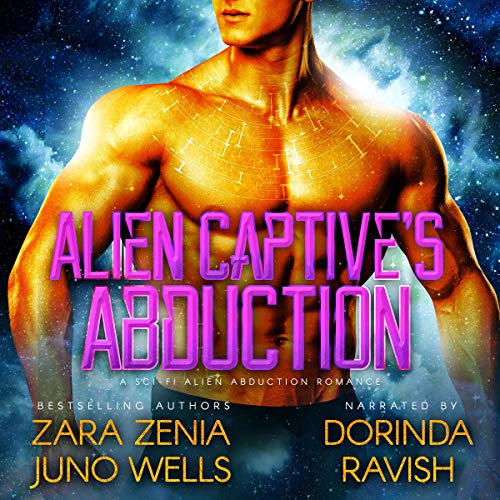 "They want to auction you away. I’m going to make sure that doesn’t happen."

Atropos has wings that make him look intimidating. He’s considered a brute by many but is actually very intelligent and sensitive. He has always lived in his brother’s shadow and has never tried to stand on his own before.

After settling into her bed one night, Amber wakes to a bright light that lifts her from her bed and then renders her unconscious. The next thing she knows, she’s waking up on an alien ship.

She soon realizes that the man she’s been seeing was an alien.

She’s told she can’t go back to Earth now after seeing them. Atropos tries to make her stay more comfortable by bringing her things from Earth for familiarity. Atropos spends more and more time with Amber, and their love blossoms.

Unfortunately for them, Atropos has an older brother who has other plans for her race, like holding them captive and auctioning them off to the black market to be used as captive incubators.

Will she and Atropos be able to save her fellow humans from being auctioned off? Will Amber get to live the life she wants, rather than living a forced one?

Alien Captive's Abduction is book 3 of the Alien Abduction series. It is a sci-fi alien romance novel with NO cheating, NO cliffhangers, and a happy ending!"