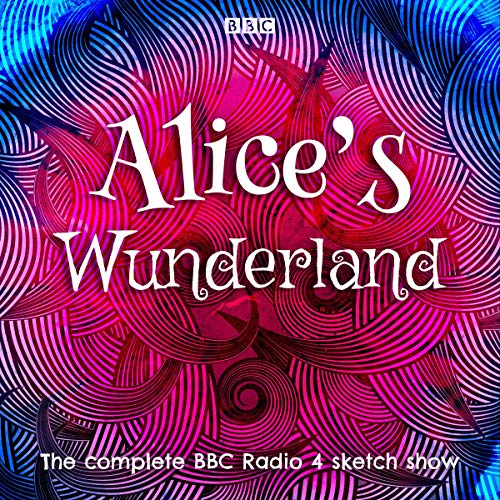 All three series of the BBC Radio 4 fantasy comedy show.

Good eventide, earbandits. You are invited on a journey of shelf discovery, as you take a trip to Wunderland - the Poundland of magical realms. It’s a kingdom much like our own, yet also nothing like it in the slightest.

There, you’ll meet waifs and strays, wigshops and witches, murderous pensioners and the squirrels of this delightful land as they go about their bizarre business. Experience the delights of Wunderwoods Widderday, take a trip through time with Lady Bowie to Ye Olde Wunderlande, and tremble as the land is threatened by an Unclear War.

You’ll encounter curious characters - from a 1970s child ghost to Machiavellian Madame Cauchemar and peace-loving genderwar poet Penny Beard - and see many wange and stronderful things as you venture down the rabbit hole to the Nether Regions. So don’t be late for this very important date....

Written and performed by Alice Lowe

"Like a series of contemporary Lewis Carroll poems, and just as strange and charming." (The Guardian)