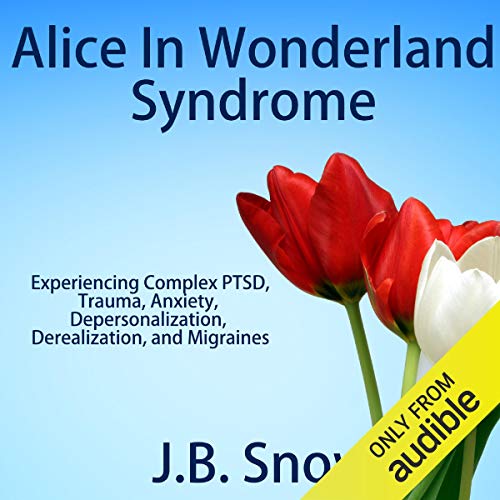 Many people have heard of trauma and PTSD. But when we think of PTSD, many of us think of nightmares and flashbacks that are related to one traumatic incident or event that has been experienced by the sufferer. There is another form of PTSD that's related to being exposed to repetitive trauma. It is called Complex PTSD, coined by a woman named Judith Herman.

In this audiobook, we will first explain Complex PTSD and trauma as it relates to Alice in Wonderland Syndrome (AIWS). We will also discuss how AIWS relates to migraines, stress, and food intolerances. We will then touch base on who exactly is prone to experience Alice in Wonderland Syndrome, what the symptoms are, and how one can seek relief from this mysterious brain disturbance.

What is Complex PTSD? How does it relate to Alice in Wonderland Syndrome? Complex PTSD is a disorder which alters a person's cognitive state, personality, and emotional states due to repeated exposure to events in which the person feels incapable or helpless.

These events can be an abusive romantic relationship or childhood physical abuse. Traumatic events can include a death, an infidelity, a complicated birth, a medical or mental illness, a job loss, and many other events. Events that cause people stress and dysfunction can also include natural disasters, school bullying, rape, theft, mugging, automobile accidents, and physical injury.

PTSD or Complex PTSD can be caused by nearly any event in which a person feels an overall lack of control in reference to what is occurring. They feel hopeless, helpless, weak, or powerless during the event because of circumstances or actions that may be out of their control.