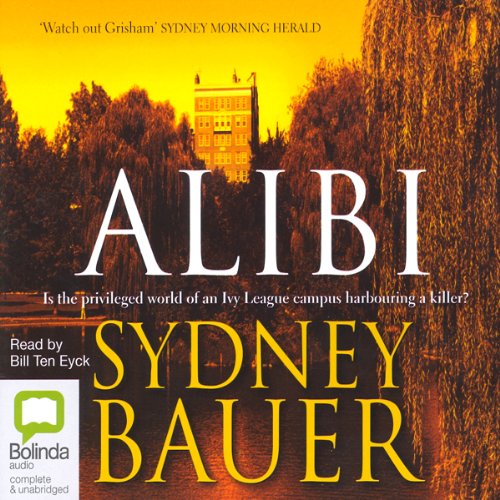 Jessica Nagoshi, the beautiful heiress to her father's billion-dollar empire, is being groomed, along with her brother Peter, to take control of Nagoshi Inc. That is, until she is brutally murdered in the greenhouse of her father's extensive Wellesley estate.

Jessica was in her third year pre-law at the prestigious Deane University, and the police enter the hallowed halls of the most expensive college in America to begin their investigation.

Boston criminal defence attorney David Cavanaugh is thrust into this high-society case when James Matheson, a wealthy, connected, but unaffected law student is arrested for Jessica's murder. For in James he sees traces of his younger self - Matheson is dedicated, ambitious, but still idealistic enough to believe that justice will always prevail.

From the outset David is hampered by unspoken alliances, corporate malpractice, love, lust, and a disastrous misplace of trust that will leave his case in tatters. But in the end, nothing can prepare him for the truth - and the diabolical lengths some will go to preserve their life of privilege.