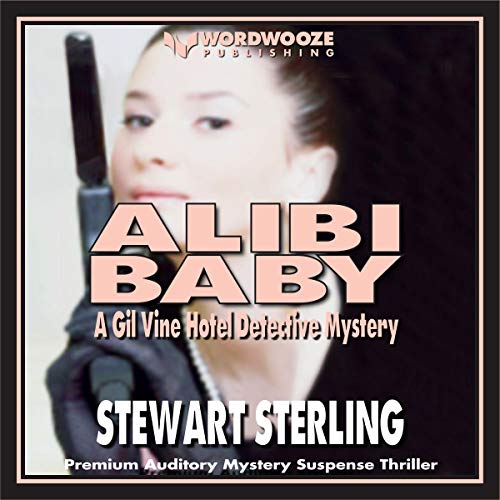 One too many alibis proved fatal for the glamorous heiress...

Gil Vine is the quick-thinking, compassionate chief security officer at the fashionable Plaza Royale Hotel. While investigating a routine disturbance complaint in the Tower apartments, Gil finds himself enmeshed in a deadly struggle for control of a fabulous fortune in oil.

The intrigue involves the beautiful, naïve Kierze sisters Sari and Maylene, ruthless T. Baker Barrow, king of the Wildcatters, suave Monsieur Armand Lejourd, and the inscrutable Ras Daklin. When Maylene Kierze, a girl who will tell any lie to alibi herself out of trouble, is murdered, Sari Kierze, her sister, inspires Gil, who believes her not only innocent but in danger, to outdo himself in detection. Two more people will be murdered before the fight over control of the oil fortune is ended.

As always in the Gil Vine mysteries, life behind the scenes of a large hotel is painted for the listener in fascinating detail. Vine is at his best in this installment of the series as the hotel detective does his best to protect the Plaza Royale's reputation and also stop the series of murders. He will have to risk not only his life but his job if he hopes to untangle the web of intrigue and violence that holds the luxury hotel in its grip.