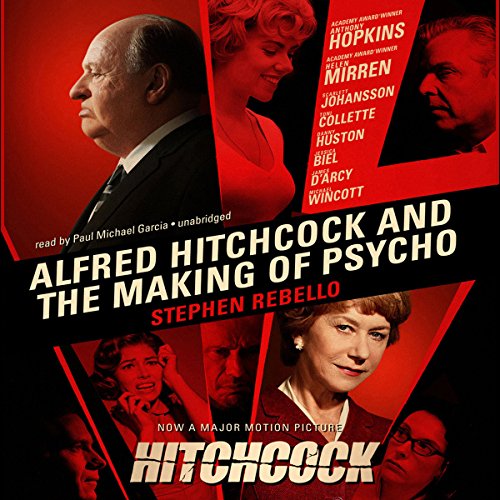 Alfred Hitchcock and the Making of Psycho

Alfred Hitchcock and the Making of Psycho

Here is a gripping, behind-the-scenes look inside the classic suspense shocker Psycho—and the creative genius who revolutionized filmmaking.

First released in June 1960, Psycho altered the landscape of horror films forever. But just as compelling as the movie itself is the story behind it.

Stephen Rebello brings to life the creation of one of Hollywood’s most iconic films, from the story of Wisconsin murderer Ed Gein, the real-life inspiration for the character of Norman Bates, to Hitchcock’s groundbreaking achievements in cinematography, sound, editing, and promotion. Packed with captivating insights from the film’s stars, writers, and crew members, Hitchcock is a riveting and definitive history of a signature Hitchcock cinematic masterpiece.

Stephen Rebello is a screenwriter and author of several nonfiction books, including Reel Art: Great Posters from the Golden Age of the Silver Screen. He has written feature articles for numerous major publications, and his celebrity interviews have drawn out provocative revelations from countless stars. He is currently a contributing editor at Playboy magazine.

"Meticulous history…helps the reader comprehend the original shock of the film." ( The New York Times Book Review)
"Rebello talked with virtually every surviving participant in the filmmaking. The result is a book that will inform cineastes and indulge Psychomanes." ( Washington Post Book World)
"Fascinating." ( Newsweek)