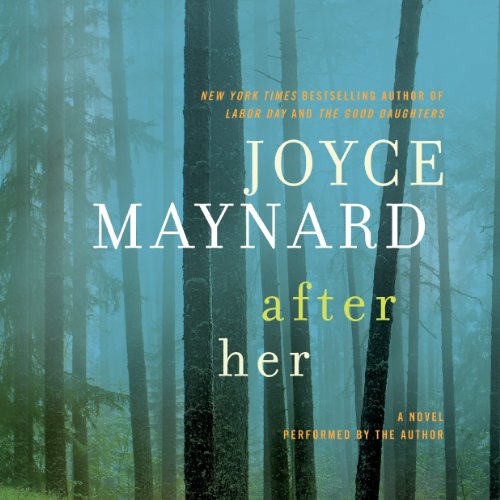 The New York Times best-selling author of Labor Day and The Good Daughters returns with a haunting novel of sisterhood, sacrifice, and suspense.

I was always looking for excitement, until I found some....

Summer, 1979: A dry, hot Northern California school vacation stretches before Rachel and her younger sister, Patty - the daughters of a larger-than-life, irresistibly handsome (and chronically unfaithful) detective father and the mother whose heart he broke.

When we first meet her, Patty is 11 - a gangly kid who loves basketball and dogs and would do anything for her older sister, Rachel. Rachel is obsessed with making up stories and believes she possesses the gift of knowing what's in the minds of people around her. She has visions, whether she wants to or not. Left to their own devices, the sisters spend their days studying record jackets, concocting elaborate fantasies about the mysterious neighbor who moved in down the street, and playing dangerous games on the mountain that looms behind their house.

When young women start turning up dead on the mountain, the girls' father is put in charge of finding the murderer known as the "Sunset Strangler". Watching her father's life slowly unravel as months pass and more women are killed, Rachel embarks on her most dangerous game yet...using herself as bait to catch the killer. But rather than cracking the case, the consequences of Rachel's actions will destroy her father's career and alter forever the lives of everyone she loves.

Thirty years later, still haunted by the belief that the killer remains at large, Rachel constructs a new strategy to smoke out the Sunset Strangler and vindicate her father - a plan that unexpectedly unearths a long-buried family secret.

Loosely inspired by the Trailside Killer case that terrorized Marin County, California, in the late 1970s, After Her is part thriller, part love story. Maynard has created a poignant, suspenseful, and painfully real family saga that traces a young girl's first explorations of sexuality, the loss of innocence, the bond shared by sisters, and the tender but damaged relationship between a girl and her father that endures even beyond the grave.