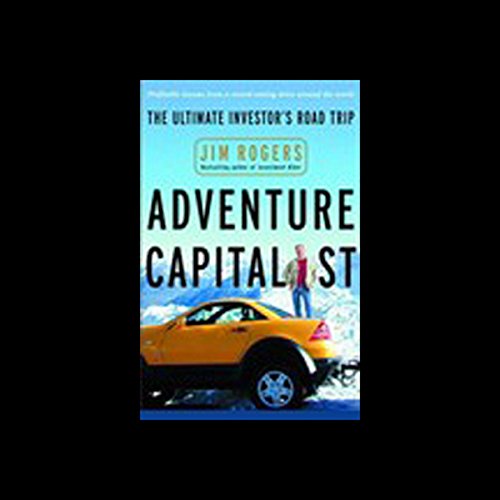 In Adventure Capitalist, legendary investor Jim Rogers, dubbed "the Indiana Jones of finance" by Time magazine, proves that the best way to profit from the global situation is to see the world mile by mile.

Rogers and his fiancée, Paige Parker, began their "Millennium Adventure" on January 1, 1999, from Iceland. They traveled through 116 countries, including many where most have rarely ventured, such as Saudi Arabia, Myanmar, Angola, Sudan, Congo, Colombia, and East Timor. They drove through war zones, deserts, jungles, epidemics, and blizzards. They had many narrow escapes.

They camped with nomads and camels in the Western Sahara. They ate silkworms, iguanas, snakes, termites, guinea pigs, porcupines, crocodiles, and grasshoppers.

Best of all, they saw the real world from the ground up - the only vantage point from which it can be truly understood - economically, politically, and socially.

Here are just a few of the author's conclusions: