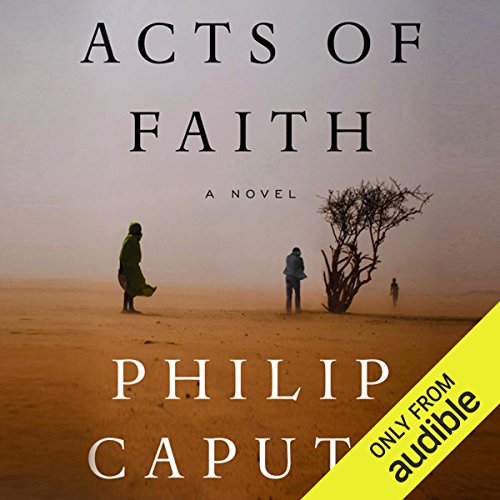 Douglas Braithwaite is an American aviator and managing director of an airline flying humanitarian aid from Kenya to war-ravaged Sudan. Quinette Hardin is an evangelical Christian from Iowa whose human rights group works to redeem slaves from Arab raiders. Fitzhugh Martin is a multiracial Kenyan seeking a calling that will rejuvenate his directionless life. These and other characters populate Philip Caputo's riveting novel that describes the classic confrontation between Westerners and the Third World, people who go forth with solid commitments to human rights but find themselves plunged into a kind of moral corruption for which they are ill prepared.

Braithwaite and Hardin are passionate idealists who deeply believe in their crusades, but their strengths are their weaknesses, and in the cauldron of modern Africa, circumstances conspire with their flaws to cause their sense of mission to curdle into self-righteous zealotry and greed, leading them to conspiracy and murder.

This is a novel with plenty of action, three strong romances, two of them interracial, and some wonderful characters: bush pilots, Sudanese warlords, an Englishwoman straight out of Out of Africa, and an ambitious CNN reporter. Caputo has a strong sense of his chosen territory, and the result is a novel that is gripping and thoughtful - a cautionary tale for Americans of the 21st century.

"Caputo may have set out to write an epic parable about the dangers of uncritical belief, but he ended up with, quite simply, a great story." ( The New Yorker)
"Devastating.... 'Acts of Faith' will be to the era of the Iraq war what Graham Greene’s novel 'The Quiet American' became to the Vietnam era.... Powerful." ( The New York Times)
"A miracle.... You can hardly conceive of a more affecting reading experience." ( The Houston Chronicle)