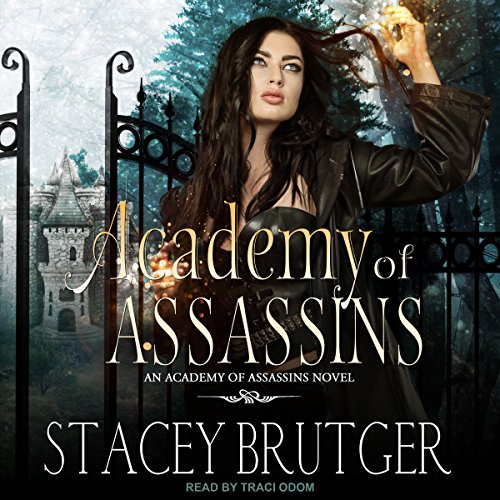 Abandoned as a child and unable to remember her past, Morgan was raised as a hunter, one of an elite group of fighters sworn to protect humans from the dangerous paranormal creatures who invade our world...creatures such as herself. Her life changes the day she's summoned to the Academy of Assassins, a school that trains witches and hunters to eradicate paranormals who prey on humans. Her first assignment - find and eliminate the killer who is using the Academy as their own personal hunting ground.

As Morgan delves deeper into the investigation, she will need to dodge assassination attempts, avoid the distraction of romantic entanglements with the devilishly handsome security expert, Kincade, and his maddeningly overprotective teammates, while keeping the volatile magic in her blood concealed from those who would use it for their own purposes.

When the danger increases and the school is threatened, Morgan must unearth her missing memories before someone finishes the job they started so long ago - killing her and unleashing a plague that will consume the world.