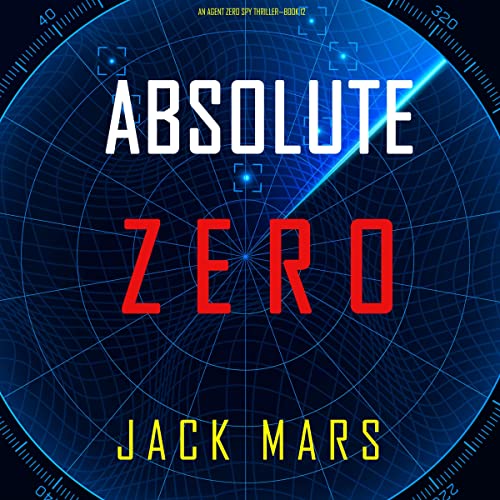 Absolute Zero is Book 12 - and the series finale - in the number one best-selling Agent Zero series, which begins with Agent Zero (Book 1), which has over 500 five-star reviews.

In the shocking series finale, Agent Zero learns of a powerful thermonuclear bomb which, set off in the right place, could kill tens of millions. In a breathtaking twist, he learns of something else that will make it even more deadly.

The fate of the world is literally at stake as Agent Zero finds himself in a mad race against time, the only person on the planet with a capacity to find the weapon.

Yet, while Zero races to find the location, he is up against other formidable forces: dozens of assassins are dispatched to kill him.

And in the midst of all this, the time has come for Zero to have a final reckoning with his own deteriorating health.

Full circle from his original discovery of the memory chip, Agent Zero is given one last chance to save the planet - if only he can keep from destroying himself - and everything in his path - in his wake.

Absolute Zero (Book 12) is an un-putdownable espionage thriller that will keep you listening late into the night, and the satisfying and stunning climax to a masterful 12-book espionage action series.

“You will not sleep until you are finished with Agent Zero. A superb job creating a set of characters who are fully developed and very much enjoyable. The description of the action scenes transport us into a reality that is almost like sitting in a movie theater with surround sound and 3D (it would make an incredible Hollywood movie). I can hardly wait for the sequel.” (Roberto Mattos, Books and Movie Reviews)