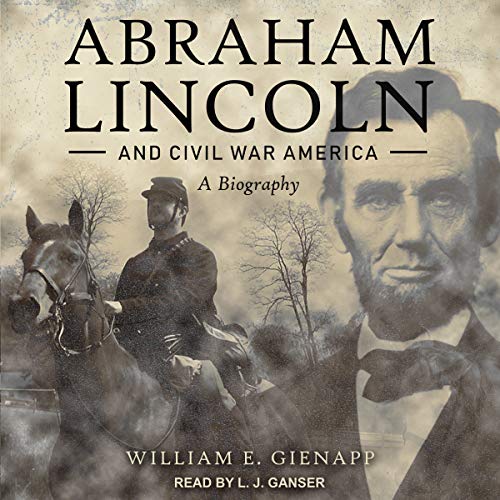 In Abraham Lincoln and Civil War America, historian William Gienapp provides a remarkably concise, up-to-date, and vibrant biography of the most revered figure in United States history. While the heart of the book focuses on the Civil War, Gienapp begins with a finely etched portrait of Lincoln's early life, from pioneer farm boy to politician and lawyer in Springfield, to his stunning election as 16th president of the United States. Students will see how Lincoln grew during his years in office, how he developed a keen aptitude for military strategy and displayed enormous skill in dealing with his generals, and how his war strategy evolved from a desire to preserve the Union to emancipation and total war.

Gienapp shows how Lincoln's early years influenced his skills as commander-in-chief and demonstrates that, throughout the stresses of the war years, Lincoln's basic character shone through: his good will and fundamental decency, his remarkable self-confidence matched with genuine humility, his immunity to the passions and hatreds the war spawned, his extraordinary patience, and his timeless devotion.

A former backwoodsman and country lawyer, Abraham Lincoln rose to become one of our greatest presidents. This biography offers a vivid account of Lincoln's dramatic ascension to the pinnacle of American history.