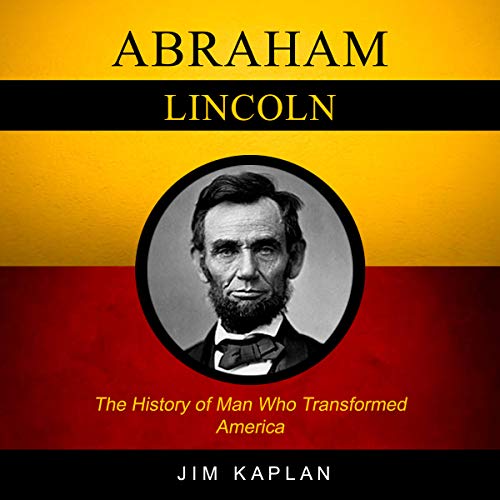 Abraham Lincoln: The History of Man Who Transformed America

America's greatest president, who rose to power in the country's greatest hour of need and whose vision saw the US through the Civil War.

Abraham Lincoln: He brought freedom to the slaves and held the Union together during the Civil War. His profound and poetic speeches are famous around the world, evidence of the greatness of American’s most beloved leader.

The author follows the son of Thomas Lincoln and Nancy Hanks from his early years in Kentucky, Indiana, and Illinois, to his highly successful law career, his marriage to Mary Todd, and his one term in Congress. We witness his leadership of the Republican anti-slavery movement, his famous debates with Stephen A. Douglas (a long acquaintance and former rival for the hand of Mary Todd), and his emergence as a candidate for president in 1860.

Following Lincoln's election to the presidency, Jim describes his masterful role as commander in chief during the Civil War, the writing of the Emancipation Proclamation, and his assassination by John Wilkes Booth.

Meet Abraham Lincoln, the frontier president whose death made him a martyr but whose life made him a hero.