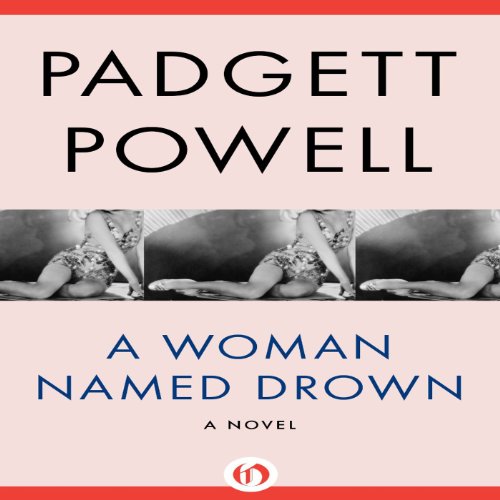 Hailed by Time as an “extravagantly comic” novel, A Woman Named Drown is a wild and strange journey through America’s South that follows a young PhD dropout who falls in with an amateur actress-cum–pool shark.

On the brink of earning his doctorate in chemistry, the unnamed narrator decides to chuck it all away in favor of real life. So begins an odd pilgrimage through the American South. In Tennessee, our hero is bewitched by an older, gin-swilling, pool-playing sometimes-actress who claims to have recently starred in a theatrical production about a “woman named Drown.”

He moves in with her and just as quickly begins encountering her strange compatriots. Before he knows it, they’re heading farther south together - to Florida - where the data that the dropout scientist is collecting from life’s laboratory are about to get quite contradictory.

Richly influenced by offbeat literary giant Donald Barthelme, Padgett Powell’s A Woman Named Drown offers readers a smorgasbord of literary strangeness - a surreal series of adventures in which nothing much - and yet everything - happens at once.