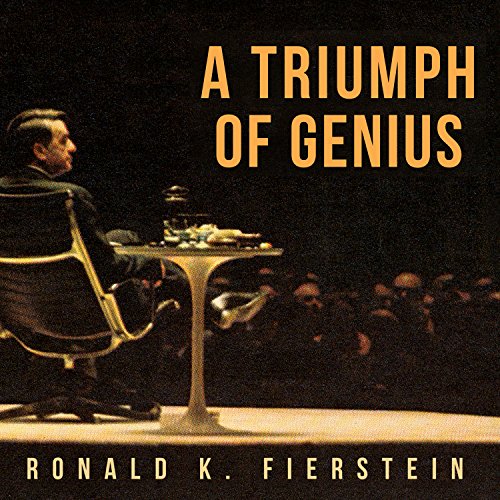 A Triumph of Genius

A Triumph of Genius

This riveting biography from the American Bar Association visits the spectacular life of Edwin Land, breakthrough inventor. At the time of his death, he stood third on the list of our most prolific inventors, behind only Thomas Edison and one of Edison's colleagues. Land's most famous achievement was the creation of a revolutionary film-and-camera system that could produce a photographic print moments after the picture was taken.

In A Triumph of Genius, you'll learn details of Land's involvement over four decades with top-secret U.S. military intelligence efforts during World War II and through the Cold War in the service of seven American presidents. Additionally you'll thrill to the compelling firsthand look at one of our nation's most important legal battles over intellectual property--Polaroid versus Kodak. The conflict led to an epic legal battle, a dramatic event for Land, who, from the witness stand, personally starred in a compelling courtroom drama.

"Fierstein brings the story to life in such a way that at the end, the reader actually senses the huge emotional strain that such a long, fierce, and persistent battle entailed for those participating in it." (Paul M. Janicke, HIPLA professor of law, University of Houston Law Center)