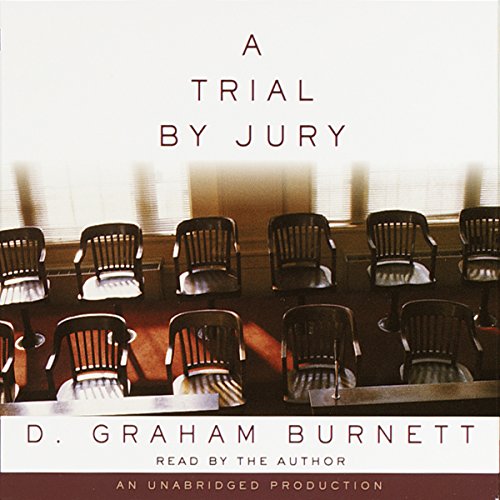 A Trial by Jury

Jury duty happens to everyone. When the call came to Graham Burnett, a young historian, he had a shock in store. A Trial by Jury is his startling account of how performing this familiar civic duty challenged him in ways he never thought possible and turned into one of the most consuming experiences of his life.

Burnett begins with the story of the trial: a body with multiple stab wounds found in a New York apartment, intimations of cross-dressing, male prostitution, mistaken identity. And then, the unexpected drama: Burnett finds himself appointed the foreman, with the responsibility of leading the increasingly frenetic deliberations within the black box of the jury room.

As Burnett steers the contentious politics of their temporary no-exit society toward the verdict, he undergoes an unexpected awakening. Having been plucked from his cozy nest in the world of books and ideas and then plunged into the netherworld of lurid crime, he learns the limits of what intellect alone can accomplish in the real world. Above all, Burnett discovers firsthand the terrifying ultimate power of the state and the agonies of being asked to do justice within the rigid dictates of the law.

Part true crime, part political treatise, part contemplation of right, wrong, and the power of words, A Trial by Jury is a mesmerizing narrative of one man's encounter with crime and punishment, American style. It profoundly affects one's sense of the privileges - and the perils - of citizenship.

Until now, the standard-bearer for jury-room dynamics has been Twelve Angry Men; Burnett's narrative, while significantly more understated, is no less illuminating. ( The New Yorker)