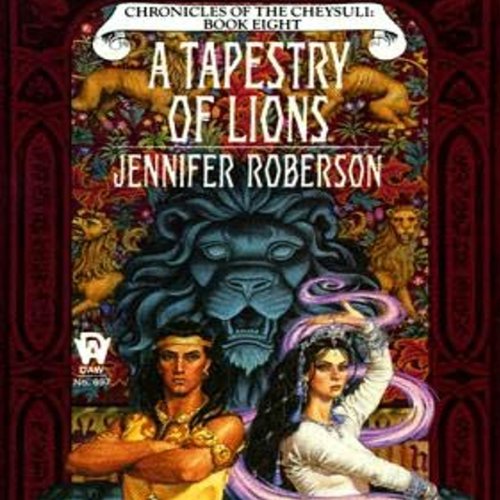 A Tapestry of Lions

A Tapestry of Lions

Nearly a century has passed since the Prophecy of the Firstborn was set in motion—the generational quest to recreate the magical race which once held sway in the lands ruled by Homana's Mujar. Now, Kellin, heir to Homana's throne, has only to sire an offspring with an Ihlini woman to reach this goal.

But Kellin wants nothing of prophecy, nor even of his own magical heritage. Embittered by tragedy, he refuses the sacred lir-bonding, becoming anathema in the eyes of his Cheysuli kin. But willing participant or not, Kellin provides a very real threat to the Ihlini—the ancient enemies of the Cheysuli people—for should the prophecy be fulfilled, life as the Ihlini know it will end.

How can a lirless warrior ever hope to escape the traps of the Ihlini sorcerers? And how can the prophecy ever be realized when the man born to become its final champion shuns his destined role?