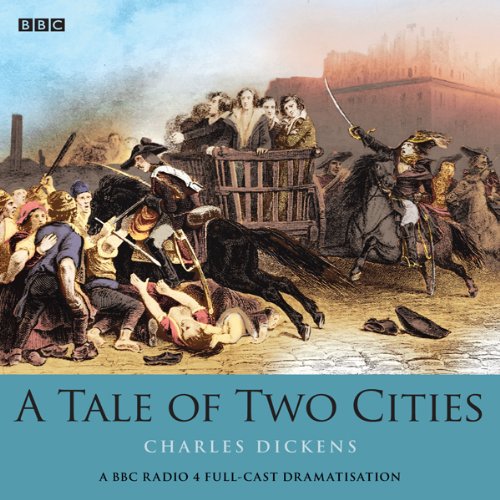 A Tale of Two Cities (Dramatised)

From the echo of the first line ‘It was the best of times, it was the worst of times’ to the final ‘It is a far far better thing that I do than I have ever done’, Dickens’ classic novel of the French revolution tells a story of the redemptive powers of love in the face of cruelty, violence and neglect.

Set in London and Paris, it shows the plight of the French people under the brutal oppression of the aristocracy in the years leading up to the revolution, and the corresponding savage brutality of the revolutionaries towards the former aristocrats in the years immediately following. Among the memorable characters are Charles Darnay, a French former aristocrat who falls victim to the indiscriminate wrath of the revolution, and Sydney Carton, a dissipated English barrister who tries to redeem his ill-spent life out of love for Darnay’s wife, Lucie Manette. In this moving, intricate tale spanning eight tumultuous years, Dickens orchestrates the wider political picture behind the story of Lucie, Darnay and Carton with his customary brilliance.