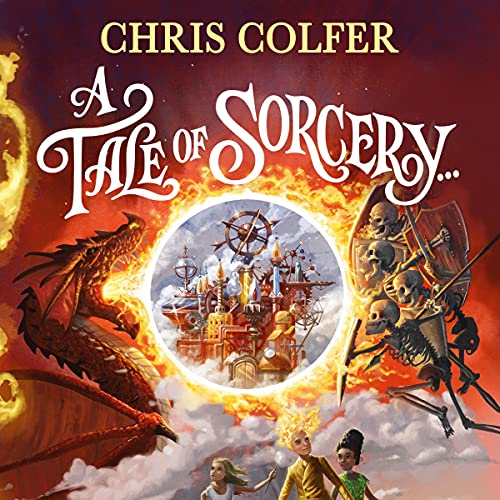 A Tale of Magic: A Tale of Sorcery

Brystal Evergreen is running out of time. It's almost been a year since she made a deal with Death to find and destroy the Immortal in exchange for her life and she still hasn't found a single clue about who or where the Immortal is.

To make matters worse, something dark and malignant has risen from deep within the earth, threatening life as we know it. To stop this new evil, the fairies and witches must work with all the kingdoms and territories, including the Righteous Brotherhood and their Army of the Dead.

But is the threat more familiar than they expected? And why are a secretive group of Sorcerers convinced Xanthous Hayfield is connected to it?

Das sagen andere Hörer zu A Tale of Magic: A Tale of Sorcery

The many different voices are amazing! I could listen to him forever! Been through both series ("The Land of Stories" and "A Tale of Magic") and I hope there will be more! The stories are great! Educational! I feel like if everyone would read them - or better listen to them 😊 - the world would be a better place.