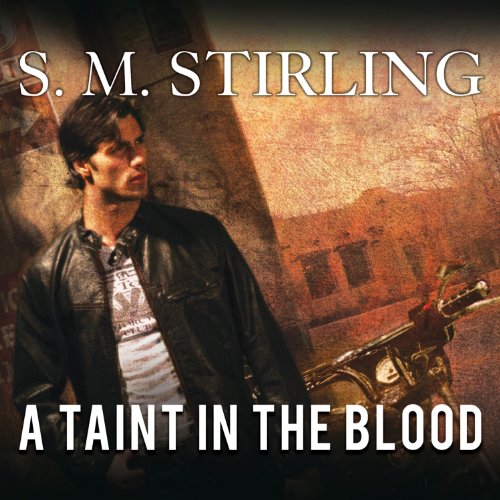 A Taint in the Blood

Long ago, homo nocturnus ruled the Earth, able to manipulate the forces of nature at their most basic level. Before the dawn of recorded history, they were overthrown, leaving behind them only legends - our legends of shapeshifters and blood-drinkers, of cruel gods and evil magicians, of ogres and goblins, succubi and incubi.

But a strain of their blood lives on in humanity, the genes themselves bending the forces of probability to reunite. Secret clans used their half-understood abilities to hide from the witch-finders and the normal humans; occasionally one would be detected, a Giles de Rais or an Elizabeth Bathory. Then, in the 19th century, the discoveries of Mendel and Darwin enabled them to understand what they were and to breed back the full range of their dark powers.

Now, in the 21st century, they rule the world again in secret; only the Brotherhood fights them, in a clandestine war of terror and assassination, of Wreaking and silver-inlaid knives. Adrian Breze was born into that war, but he defected to the side of humanity, and for decades he was the Brotherhood's most effective fighter, just as his twin sister Adrienne is the Council of Shadow's strongest. Now he has retired, weary of the endless struggle, but Adrienne has her own purposes, and they don't include letting her brother live quietly in his mountaintop retreat near Santa Fe. To force him out, she kidnaps his human lover, Ellen Tarnowski, and the war is on again - with the future of humanity at stake. For the Council of Shadows is ready to emerge into the light, with a plan that will reduce humans once again to the harried prey of the creatures of darkness.

Das sagen andere Hörer zu A Taint in the Blood