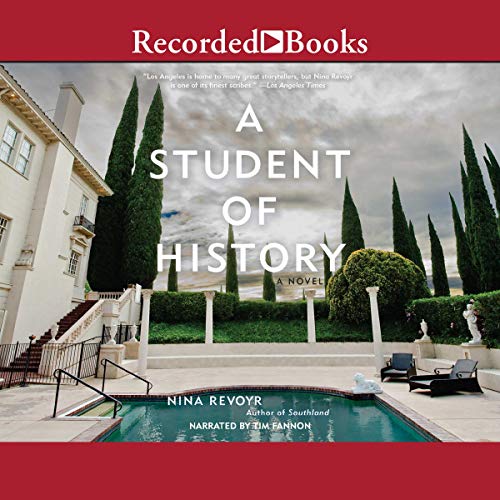 A Student of History

A contemporary Los Angeles story of uncrossable social lines, allegiance and betrayal, immeasurable power, and the ways the present is continually shaped by the past.

Rick Nagano is a graduate student in the history department at USC, struggling to make rent on the South Los Angeles apartment near the neighborhood where his family once lived. When he lands a job as a research assistant for the elderly Mrs. W--, the heir to an oil fortune, he sees it at first simply as a source of extra cash. But as he grows closer to the iconoclastic, charming, and feisty Mrs. W--, he gets drawn into a world of privilege and wealth far different from his racially mixed, blue-collar beginnings.

Putting aside his half-finished dissertation, Rick sets up office in Mrs. W--'s grand Bel Air mansion and begins to transcribe her journals - which document an old Los Angeles not described in his history books. He also accompanies Mrs. W-- to venues frequented by the descendants of the land and oil barons who built the city.

One evening at an event, he meets Fiona Morgan - the elegant scion of an old steel family - who takes an interest in his studies. Irresistibly drawn to Fiona, he agrees to help her with a project of questionable merit in the hopes he'll win her favor.

A Student of History explores both the beginnings of Los Angeles and present-day dynamics of race and class. It offers a window into the usually hidden world of high society and the influence of historic families on current events. Like Great Expectations and The Great Gatsby, it features, in Rick Nagano, a young man of modest means who is navigating a world where he doesn't belong.

Set in a modern-day Los Angeles that's both familiar and unknown, A Student of History is a story of uncrossable social lines, allegiance and betrayal, immeasurable power, and the ways the present is continually shaped by the past.