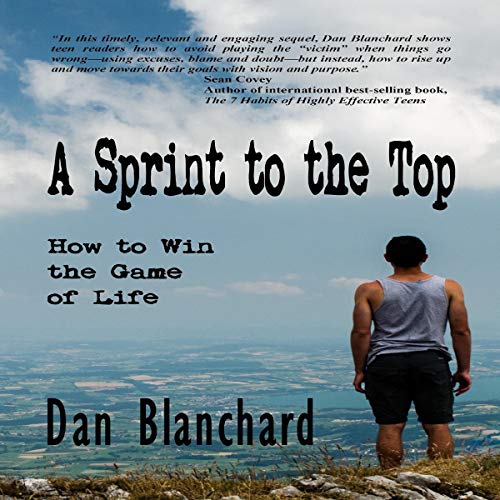 A Sprint to the Top: How to Win the Game of Life

A Sprint to the Top: How to Win the Game of Life

A lot can happen in a year, and that’s exactly what’s happened to Dakota this past year - a lot.

He’s a junior now, and this past year’s hard work has definitely been paying off. His grades are better, and so are his sport’s results, especially wrestling. He’s got his sights set on earning a college wrestling scholarship, and has a definite plan for college and his life beyond that.

It’s been a good year, but Dakota knows there’s no way he would have made this much progress if it hadn’t been for Granddaddy. Today is his birthday, and it was exactly one year ago that he spent the afternoon talking to his mysterious granddaddy. The problem is that he hasn’t seen or heard from Granddaddy since last year’s meeting, and there’s no guarantee he’s going to show up out of the blue like he had last year. Dakota’s been envisioning it though...another day where they talk about anything and everything.

He’ll fill Granddaddy in on all the things he’s accomplished over the past year, and Granddaddy will share more of his secrets for winning the game of life. In fact, everything was about as perfect as it could be, until it wasn’t.

In this sequel to The Storm: How Young Men Become Good Men, we catch up with Dakota’s journey and follow him as he struggles towards his goals and dreams in spite of a series of harsh realities that threaten to permanently knock him off course.