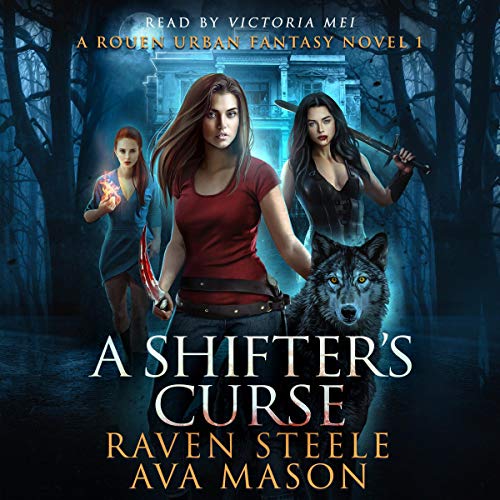 "Karma takes too long. I'd rather beat the shit out of you right now."

With a dagger in her boot and blades in her bra, Briar, a powerful shifter, arrives in Rouen with one goal: find and kill Dominic, the man responsible for the destruction of her entire family and wolf pack. When she discovers he is an Alpha surrounded by muscle-ripped shifters and equally as strong witches, she knows the only way she will get close enough to kill him is if she joins his dangerous and shady pack.

But infiltrating them proves more challenging than she expects, especially when her new roommates turn out to be supernaturals with their own powers and secrets. She can't tell if the centuries-old nosey vampire and fashion-sensitive witch are working with her or against her.

Whether they are friends or enemies doesn't change things. Briar has a job to do. And she is willing to do whatever it takes to quench her thirst for revenge, even if it means destroying her own soul.

In this full-length, urban fantasy series, Steele and Mason introduce listeners to a dark and exciting world full of shifters, vampires, and witches. If you like Charlaine Harris, Patricia Briggs, Shayne Silvers or K.F. Breene, you will LOVE this new series! Scroll up and grab this gritty urban fantasy TODAY!

**Intended for adult listeners due to violence and language, but it is funny as hell. Oh, and this is not an RH.**

This is the beginning of at least a 12 book series! Start it now!

Scroll up and grab your copy!