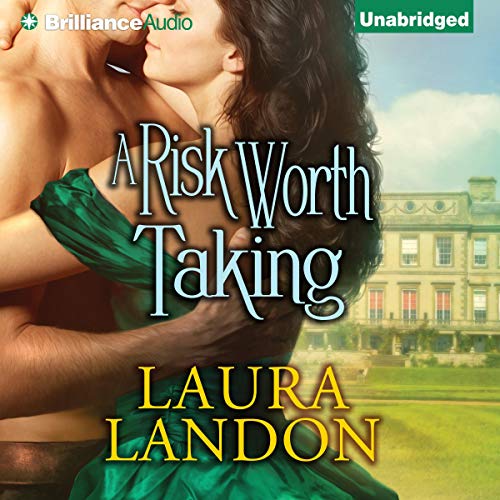 A Risk Worth Taking

A Risk Worth Taking

Tormented by the deaths of his wife and child, Griffin Blackmoor spends his days drowning his grief in whiskey. But when a bullet that was meant for him kills his best friend, Griffin makes a promise to the dying man that will thrust him back into London Society - and into the path of the one woman who could make his life worth living again.

The daughter of a drunkard, Lady Anne Carmichael swore she would never love a man like Griffin Blackmoor. But when he rescues her during her darkest hour, Anne cannot ignore the effect Griffin's haunted eyes - or his soul-stirring kiss - have on her guarded heart. He is everything she never wanted. So why does his love feel like exactly what she needs?

I could not bear hearing he voice.

Was genau hat Sie an A Risk Worth Taking enttäuscht?

Narration. I could not bear hearing he voice. Going up and down - I stopped in between. Voice is not pleasant for relaxing - nor captivating. only annoying.

I would not listen to it for free to an end. The narrator tries desperately to produce different voices - that went wrong - unfortunately the quality of the narration ..... neither Rosalyn Landor nor Rufus Beck

It was a wonderfull well written story. Full of adventures, with a happy ending. It also showed how hard life was for woman in those days!