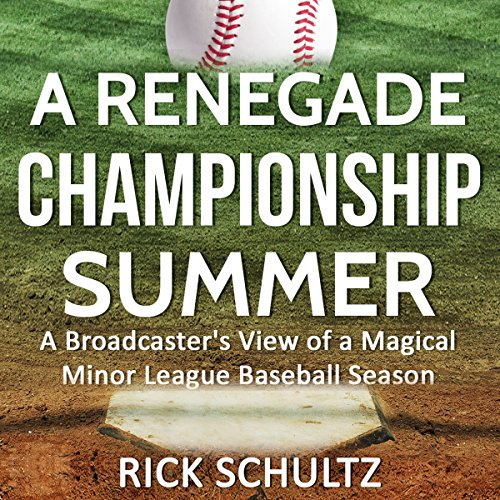 Come along for the ride with the 1999 New York-Penn League Champion Hudson Valley Renegades. Hear from the players and coaches who made it happen, including superstar Josh Hamilton and many other household names! You'll also get the true feel of minor league baseball, going behind the scenes with umpires, front office executives, scouts, former players and many more! Put yourself in the dugout, clubhouse and team bus to see what really goes on with a minor league baseball team! See what kind of impact Josh Hamilton, the number one pick in the draft, had on the 1999 Renegades. Truly a must for any baseball fan who wants to be closer than ever to the game!

This storybook season took place in the summer of 1999. It was my final season as the play by play voice of the Hudson Valley Renegades, a Tampa Bay Devil Rays Short Season A-Ball affiliate. I had no idea what kind of ride I was in for, but I paid close attention just in case. This season in 1999 turned out to be one of the most memorable, amazing runs in recent minor league baseball history! I was there for every pitch and every bus ride. I witnessed every moment, as the season crystalized into one for the ages. Complete with future Big Leaguers such as Josh Hamilton, Matt Diaz, Jorge Cantu and Edwin Rodriguez, the season was a continuous series of unexpected turns.

Following the season, I spent seven months holed up in a downtown apartment, transcribing thousands of hours of taped interviews and culling pages of notes. I'd make phone calls to players - recalling my recollection of events, in an effort to piece together an accurate and exciting recap of the season.

"I've been in professional baseball for three years, and I've never seen the true, day-to-day feeling of the game caught the way Rick has in A Renegade Championship Summer." (John Gilbert, Director of Group Sales, Norwich Navigators, 2000)