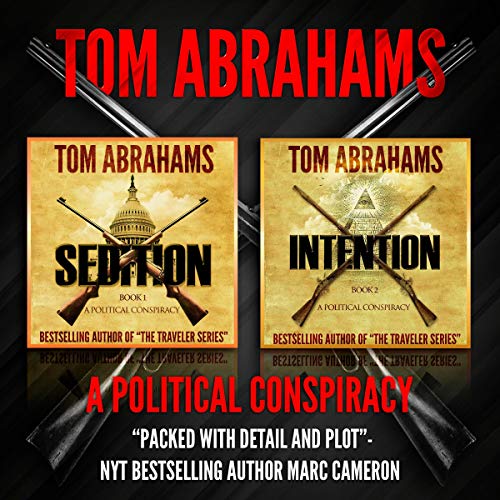 Sedition is just the beginning....

TIimely and powerfully thought-provoking, A Political Conspiracy finds best-selling author Tom Abrahams (The Traveler series) return to his roots with this breathtaking novel that brilliantly unpacks a vast, global conspiracy to alter the balance of power.

The president of the United States is dead. There is no vice president to take his place.

As the nation slips into a constitutional crisis, a small, secretive group conspires to violently seize power.

Standing in their way is a woman who knows their intentions. Can she stop them in time? If she does, will it matter?

A hip-hop star is murdered.

A notorious terrorist is freed from custody.

An assassin weaves his way across Europe, setting the stage for a global catastrophe.

All of them work in the shadows of an ancient organization bent on changing the course of history.

Can a woman whose demons have consumed her, rid herself of the pain in time to stop them?