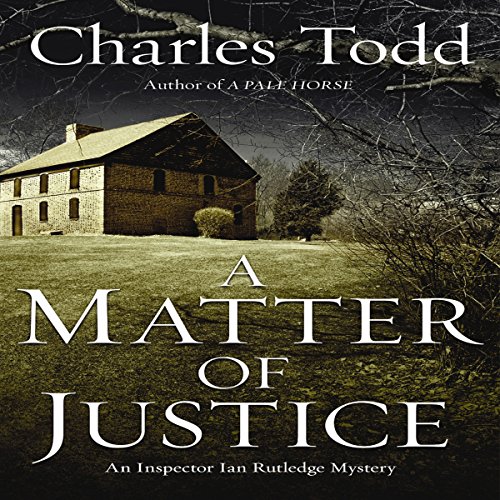 A Matter of Justice

After two London men end their business partnership, one of them is savagely murdered in a medieval tithe barn on his estate in Somerset.

Investigating the killing, Scotland Yard Inspector Ian Rutledge discovers that the victim was universally despised in Cambury - even the victim's wife and the town's police inspector are suspect. And yet in London circles, the man was highly regarded. What triggered his death?

Rutledge doggedly follows a well-concealed trail that finally leads him to the one person who knows the whole truth. But it's too late to stop a spreading evil and a vicious settling of scores.

As the seasoned inspector comes to understand the larger picture, he realizes he may not be able to prove what he suspects. In spite of his skill, this may be the only case in which Rutledge fails to get his man.

"In the stellar 11th Inspector Ian Rutledge mystery, Todd (the pseudonym of a mother-son writing team) seamlessly combines a fair-play whodunit with a nuanced look into the heart of darkness in the human soul." ( Publishers Weekly)