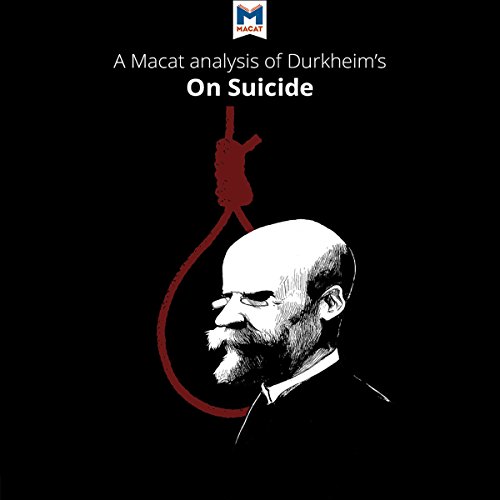 A Macat Analysis of Émile Durkheim's On Suicide

Sociologist Émile Durkheim's 1897 work On Suicide is a powerful evidence-based study of why people take their own lives. In the late 19th century it was generally accepted that each suicide was an individual phenomenon, caused by such personal factors as grief, loss, and financial problems. But Durkheim felt there were patterns in suicide rates, and believed that a more likely cause of suicide lay in the individual's relationship to society. Instead of taking a psychological approach and looking at individual cases to find a cause for suicide, Durkheim analyzed suicide rates to see if there were more general social factors involved. Over a period of seven years, he and his small team gathered data on more than 26,000 suicide events and identified four particular conditions that contribute to higher levels of suicide. The coherent theoretical framework that he established to study these data, presented in On Suicide, is still used today to find meaning in statistical patterns.