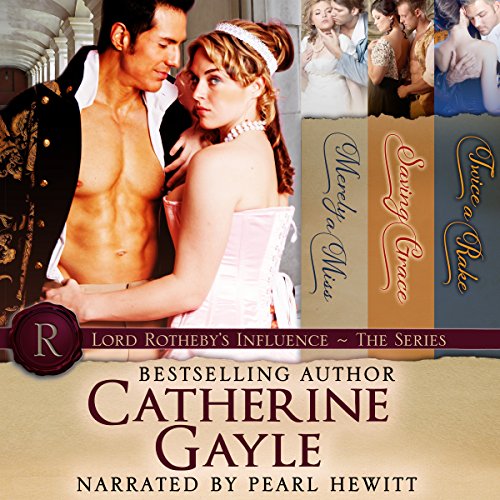 When Aurora Hyatt loses her journal in Hyde Park, her ruin is a foregone conclusion. If anyone discovers her writings, they'll find scandalous fantasies involving the newest rake in town alongside entirely-too-candid thoughts about her typical dreary suitors. Aurora will either be forced into a loveless marriage with the first nodcock to make an offer, or she'll be assigned a permanent position on the shelf. What catastrophe will God smote down upon her next?

The blasted man will not stop following her. Well, he isn't following her...not exactly. They are just always thrown together, and he's everything she wants but can't have. It is downright infuriating - especially when he kisses her.

Miss Jane Matthews feels completely out of place amongst the finery of the ton. She's the daughter of a country vicar, for goodness sake, and nearly a spinster to boot. But when her distant cousin - a dowager duchess, of all people - offers to sponsor her for a season in London, she agrees, but only so she can search for a storefront for her business. Perhaps, in that regard the season won't all be in vain.