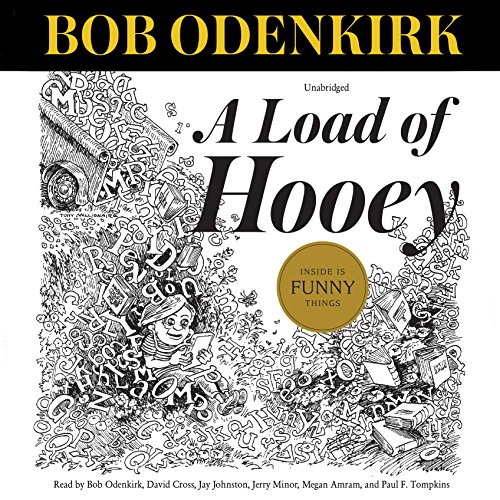 A Load of Hooey

Bob Odenkirk is a legend in the comedy-writing world, winning Emmys and acclaim for his work on Saturday Night Live, Mr. Show with Bob and David, and many other seminal television shows. This book, his first, is a spleen-bruisingly funny omnibus that ranges from absurdist monologues ("Martin Luther King Jr.'s Worst Speech Ever") to intentionally bad theater ("Hitler Dinner Party: A Play"), from avant-garde fiction ("Obit for the Creator of Mad Libs") to free-verse poetry that's funnier and more powerful than the work of Calvin Trillin, Jewel, and Robert Louis Stevenson combined.

Odenkirk's debut resembles nothing so much as a hilariousnew sketch comedy show that's exclusively available as a streaming video for your mind. As Odenkirk himself writes in "The Second Meeting of Jesus and Lazarus," it is a book "to be read aloud to yourself in the voice of Bob Newhart".

A very funny Book. I got it because I listned to the nerdist podcast and Bob Odenkirk has promoted it. At first I was sceptical but after the first part it got awesome. The toilette bit is a little long but it lasts only 15 minutes or something. After that I was laughing constantly.