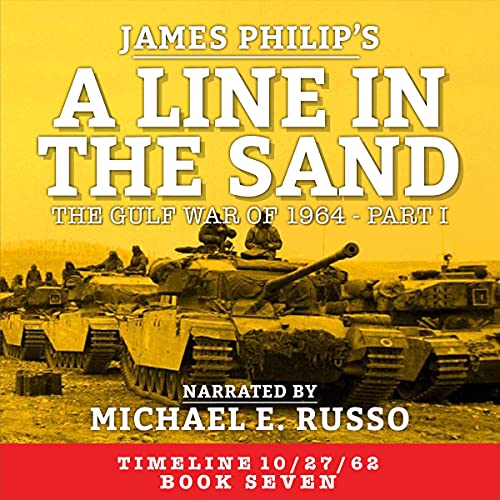 A Line in the Sand

Two Soviet tank armies have fallen on Iran and are poised to pour down from the Zagros Mountains onto the Iraqi floodplains of the Tigris and the Euphrates like wolves upon the fold. The Shah is dead, and Tehran has been destroyed by a nuclear strike; in Iraq, there has been a coup d’état, and civil war has broken out. Only a handful of British tanks and a few thousand widely scattered troops around the oilfields of the Middle East stand between the Red Army and mastery of the Persian Gulf.

The whole Middle East is in turmoil. The Suez Canal is blocked, the British staging bases in Malta and Cyprus are wrecked, and in America, Congress has refused to ratify the US-UK Mutual Defense Treaty.

In the United States, the popular mood is one of ‘America First’. The ‘victory’ of the October War has never seemed more pyrrhic, or all the death, destruction, and grief more futile than it does in the second week of April 1964.

Faced with a war in the Persian Gulf that it has neither the matériel, or in some quarters, the will, to fight the West - what remains of it after the disaster of the Cuban Missiles War of October 1962 - faces a humiliating, crushing catastrophe of a kind that will alter the balance of global geopolitical power for a generation.

Has the nightmare of the October War been in vain?

Only one thing is certain; the World will soon be turned upside down again.

Book 3: The Pillars of Hercules

Das sagen andere Hörer zu A Line in the Sand