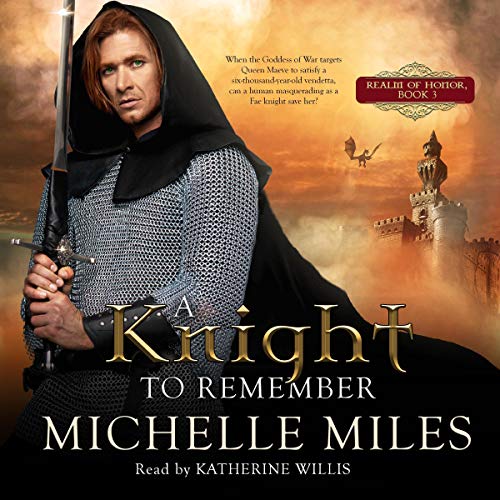 A Knight to Remember

The Goddess of War is out for Queen Maeve’s blood to satisfy a thousand-year-old vendetta. And the only one that can save her is a human masquerading as a Fae knight.

Henry Chase is desperate to find his daughter lost in the Highlands. When he steps through a stone circle, he’s transported to the Otherworld. With his human form hidden by glamour, he masquerades as a Fae knight. He’s instantly besotted by Queen Maeve and determined to break down the walls she’s erected around her heart.

In the aftermath of war, Queen Maeve’s kingdom has been destroyed. She must close the portals to the human realm and restore her lost magic. But before she can set things straight, her archenemy, the Goddess of War, attacks, seeking revenge.

When the goddess captures the queen, Henry offers his life for Maeve’s in the hope his bravery will earn the queen’s love. Discovering Henry is human and knowing she must send him back to his world, Maeve tries to fight her feelings for him. Now she must choose - life at court or life with Henry - before she loses him forever.