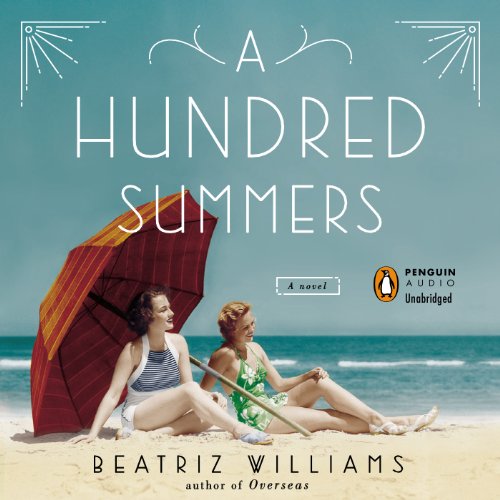 As the 1938 hurricane approaches Rhode Island, another storm brews in this New York Times best-selling beach listen from the author of Her Last Flight and The Golden Hour. Lily Dane has returned to Seaview, Rhode Island, where her family has summered for generations. It’s an escape not only from New York’s social scene but from a heartbreak that still haunts her. Here, among the seaside community that has embraced her since childhood, she finds comfort in the familiar rituals of summer.

But this summer is different. Budgie and Nick Greenwald - Lily’s former best friend and former fiancé - have arrived, too, and Seaview’s elite are abuzz. Under Budgie’s glamorous influence, Lily is seduced into a complicated web of renewed friendship and dangerous longing.

As a cataclysmic hurricane churns north through the Atlantic, and uneasy secrets slowly reveal themselves, Lily and Nick must confront an emotional storm that will change their worlds forever...

"Perfect for fans of the Gossip Girl series." (People)

"Summer of 1938: A scandalous love triangle and a famous hurricane converge in a New England beach community. Add in a betrayal between friends, a marriage for money, and a Yankee pitcher, and it’s a perfect storm."(Good Housekeeping)