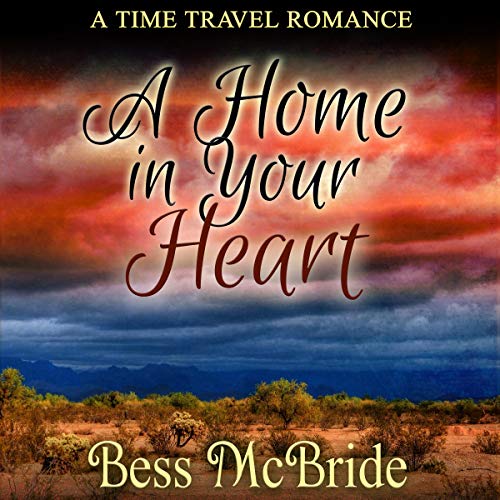 A Home in Your Heart

A Home in Your Heart is book two of the Love in the Old West series of historical time travel romances set in the 1800s.

Harriet (Harry) Ferguson is engaged to be married...unhappily so. All she truly wants is a forever home, something she has never had.

On a visit to her fiance’s mother in southeastern Arizona, she stops by a museum on historic Fort Huachuca, an army post dating to the late 1800s, where the wax figure of a handsome cavalry soldier captures her imagination - so much so that she can’t resist touching the figure.

Lieutenant Daniel Thorn’s duties at Fort Huachuca involve chasing renegade Apaches and Mexican bandits. One night, while on a mission to rescue stolen horses, Daniel’s duties are expanded to include the rescue of a young woman who mysteriously falls into his desert campsite.

Given that Miss Ferguson does not appear to understand where she is or what has happened to her, Daniel suspects amnesia and takes her to the fort surgeon. But Harry doesn’t have amnesia. She remembers fully well where she was when she must have traveled in time. And she remembers Daniel - her wax figure somehow come to life.

Can a modern-day woman like Harry find a forever home in the late 1800s? Can Daniel, a 19th-century cavalry soldier, finally come to believe that Harry has lost not her memory, but her heart? That she has traveled 130 years into the past for him?

Das sagen andere Hörer zu A Home in Your Heart