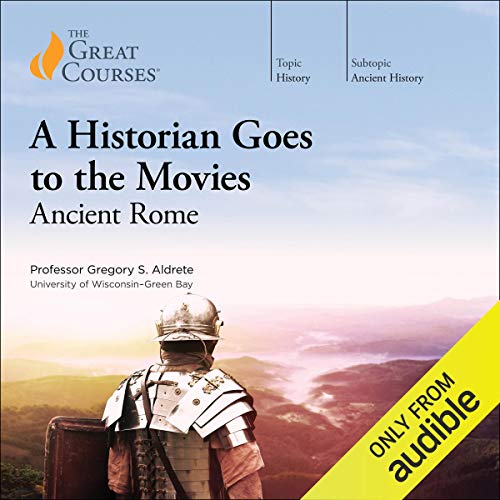 A Historian Goes to the Movies: Ancient Rome

A Historian Goes to the Movies: Ancient Rome

How have films like Ben-Hur, Spartacus, Gladiator, or even a satire like Monty Python’s Life of Brian created our popular perceptions of ancient Roman history? In what ways have they led us astray? And why, despite the occasional box-office flop, do movies set in ancient Rome still have the power to captivate us, and to turn each of us into theater-going history buffs?

In these 12 lectures, an award-winning historian gives you a front-row look at the great movies that have shaped ancient Rome’s role in popular culture and memory. Packed with insights into both history and filmmaking, this series immerses you in the glory and grandeur (and, sometimes, the folly) of classic and contemporary films featuring over 50 years of cinematic talent, including directors like Stanley Kubrick and Ridley Scott and actors such as Elizabeth Taylor and Russell Crowe.

You’ll investigate portrayals of ancient Roman life on the big screen and small screen; learn how to tease out fact from fiction in some of Hollywood’s most stunning spectacles; and deepen your appreciation for films that, when made right, can be thrilling time machines into the past. Some films you may already be a fan of; other films you might have only heard of in passing. But all of them are essential to a well-rounded understanding of the intricate relationship between the world of ancient Rome and the world of the movies.