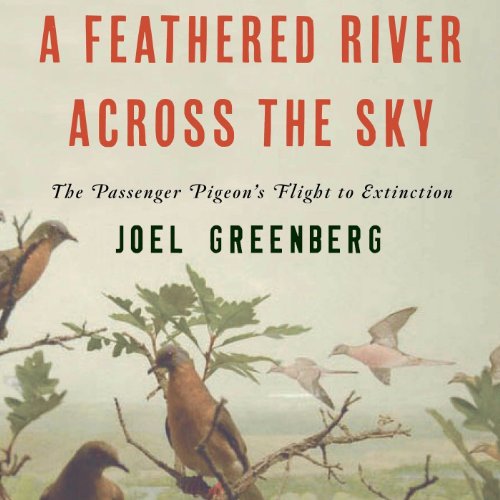 A Feathered River Across the Sky

In the early 19th century passenger pigeons accounted for 25 to 40 percent of North America’s birds, traveling in flocks so massive as to block out the sun for hours. Although adults weighed only twelve ounces, they nested and roosted in the millions, destroying large oaks as if hit by hurricanes. Their favorite foods were the seeds and nuts of beech, chestnuts, and other forest trees, but they also raided farmers’ buckwheat, wheat, corn, and rye crops.

John James Audubon, remarking on their speed and agility in flight, said a lone passenger pigeon streaking through the forest “passes like a thought.” The observation was prophetic, for although a billion pigeons streamed over Toronto in May of 1860, a mere forty years later passenger pigeons were almost extinct. Martha, the last of the species, died in captivity at the Cincinnati Zoo on September 1, 1914.

Their congregation in large numbers made it easy to kill them en masse, and the expansion of railroads and telegraph lines facilitated large hunting parties that supplied pigeons by the thousands to help feed people in growing cities. Audubon, novelist Gene Stratton-Porter, and James Fenimore Cooper were among those who advocated saving the passenger pigeon, but it was too late. Naturalist Joel Greenberg’s beautifully written story of the passenger pigeon provides a cautionary tale that no matter how abundant a resource is - animals, water or oil - it can be wiped out if we are not careful.