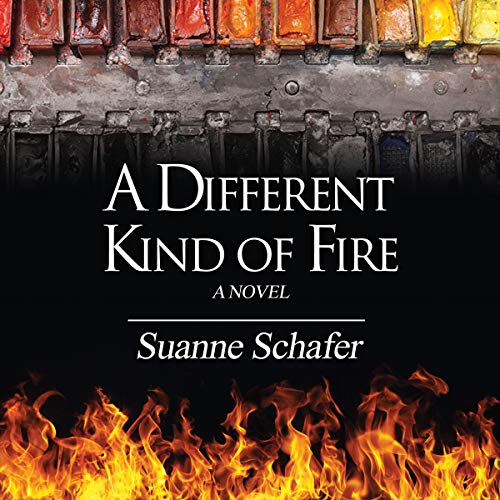 A Different Kind of Fire

Ruby Schmidt has the talent, the drive, even the guts to enroll in art school, leaving behind her childhood home and the beau she always expected to marry. Her life at the academy seems heavenly at first, but she soon learns that societal norms in the East are as restrictive as those back home in West Texas.

Rebelling against the insipid imagery woman are expected to produce, Ruby embraces bohemian life. Her burgeoning sexuality drives her into a lifelong love affair with another woman and into the arms of an Italian baron.

With the Panic of 1893, the nation spirals into a depression, and Ruby's career takes a similar downward trajectory. After thinking she could have it all, Ruby now wonders how she can salvage the remnants of her life. Pregnant and broke, she returns to Texas rather than join the queues at the neighborhood soup kitchen.

Set against the Gilded Age of America, a time when suffragettes fight for reproductive rights and the right to vote, A Different Kind of Fire depicts one woman's battle to balance husband, family, career, and ambition. Torn between her childhood sweetheart, her forbidden passion for another woman, the nobleman she had to marry, and becoming a renowned painter, Ruby's choices mold her in ways she could never have foreseen.

I am afraid I cannot recommend the Audible version

I had to stop. I gave it up to Chapter 18 and I just couldn't go on anymore. The narrator has severely ruined this book, the quality of engineering is horrible (unless you like listening to three takes on the same line, paper rustling and squeaking chairs). Audible stresses quality but this and Margaret Atwood's The Blind Assasin are two books that should absolutely be banned from the subscription list. Unbelievable. I'd like to say that the writing is good, there is enough to have kept me interested through Chapter 18. To be fair, the author has made a good attempt at a good story with quality writing, but it, too, is starting to irritate me. How often is she going to let Frank just walk all over her? The blasé manner in which this story is being read ("Who cares?" monotone, no inflection) has turned me off the story. And that's too bad. Let's see if I can revive this by reading it on Kindle.