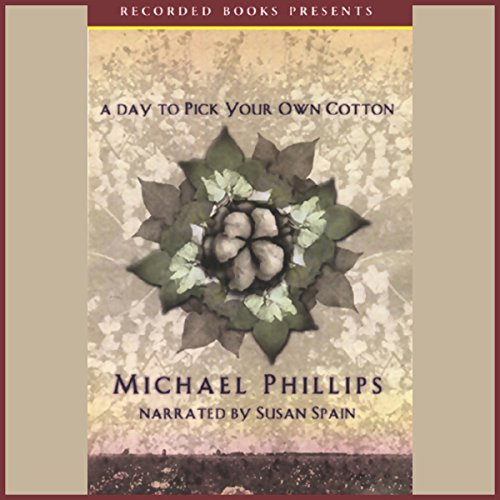 A Day to Pick Your Own Cotton

A Day to Pick Your Own Cotton

Best-selling premier Christian author Michael Phillips continues his tale of the transforming friendship between two girls from very different backgrounds. This second book in the Shenandoah Sisters series follows the popular Angels Watching Over Me.

Mayme and Katie have become friends, which is unusual given that their friendship has spouted at the end of the Civil War and that Mayme is a former slave, while Katie is the daughter of a plantation owner. Both girls have been orphaned by the war, left alone on Katie's family plantation. The land is the one thing they still share, and they don't want to leave it. But if anyone finds out the two of them live there alone, they will be forced to move. Despite their differences, the two girls rely on one another and are determined to survive no matter what it takes.