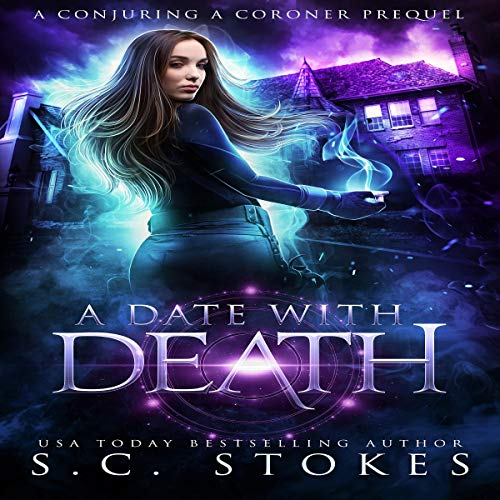 A Date with Death

Whoever said blood is thicker than water hasn’t met the Harrington family.

New York royalty, the Harrington family, are old money with magic coursing through their entitled veins, and the only thing the Harringtons care less about than each other...is the law.

When Lester dies unexpectedly, his considerable estate is set to pass to his surviving heirs. But the coroner Kasey Chase has ruled Lester’s death a homicide, sparking a family feud that sees the Harrington heirs turn on each other in a lethal struggle, where the only prize for second place is death.

With unlimited resources and a callous disregard for human life, the Harringtons have to be stopped before the city pays the price for their petty war. Caught in the middle, Kasey is left fighting for her life. Fortunately, she’s been hiding a secret of her own.

Kasey is a witch.

If you want magic and mayhem in a pause resister you won’t be able to stop listening to, you can’t miss S.C. Stokes’ A Date with Death. Scroll up and one-click to get lost in this exciting new urban fantasy world.