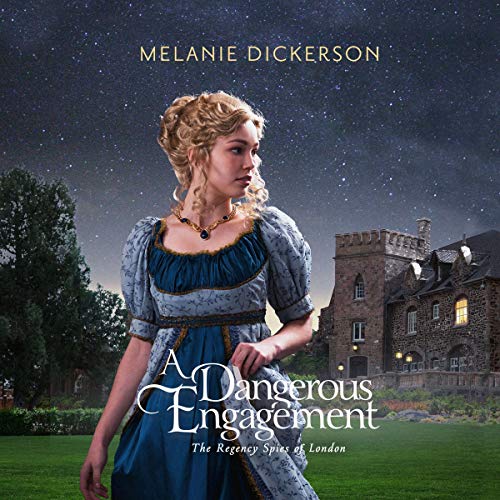 Just as merchant's daughter Felicity Mayson is spurned once again because of her meager dowry, she receives an unexpected invitation to Lady Blackstone's country home. Being introduced to the wealthy Oliver Ratley is an admitted delight, as is his rather heedless yet inviting proposal of marriage. Only when another of Lady Blackstone's handsome guests catches Felicity's attention does she realize that nothing is what it seems at Doverton Hall.

Government agent Philip McDowell is infiltrating a group of cutthroat revolutionaries led by none other than Lady Blackstone and Ratley. Their devious plot is to overthrow the monarchy, and their unwitting pawn is Felicity. Now Philip needs Felicity's help in discovering the rebels' secrets - by asking her to maintain cover as Ratley's innocent bride-to-be.

Philip is duty bound. Felicity is game. Together they're risking their lives - and gambling their hearts - to undo a traitorous conspiracy before their dangerous masquerade is exposed.