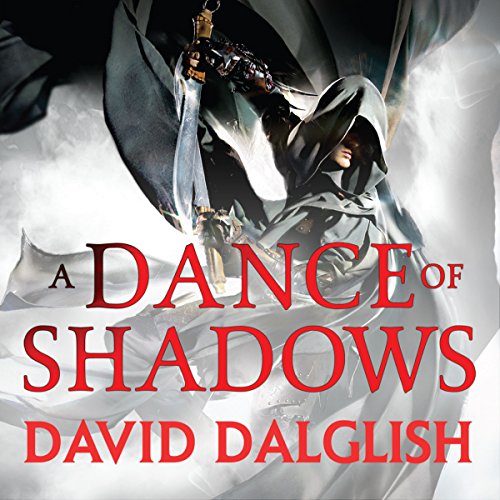 A Dance of Shadows

'Prove that you can stand against the darkness and live.'

Haern is the King's Watcher, born an assassin only to become the city of Veldaren's protector against the thief guilds. When Lord Victor Kane attacks the city, determined to stamp out all corruption, foreign gangs pour in amidst the chaos in an attempt to overthrow the current lords of the underworld.

And when a mysterious killer known as the Widow begins mutilating thieves, paranoia engulfs the city. Haern knows someone is behind the turmoil, pulling strings. If he doesn't find out who - and soon - his beloved city will burn.

Light or darkness: where will the line be drawn? Fantasy author David Dalglish spins a tale of retribution and darkness, and an underworld reaching for ultimate power in this fourth novel of the Shadowdance series, previously released as Blood of the Underworld.

"Fast, furious and fabulous" Michael J. Sullivan, author of 'Theft of Swords'
"Dalglish is well on his way to join the ranks of Peter V. Brett and Brent Weeks as influential authors in a new generation of fantasy'" - ( Fantasy Faction)
'Dalglish concocts a heady cocktail of energy, breakneck pace and excitement that a reader could get drunk on' - Sam Sykes, author of 'Tomb of The Undergates'
"A gritty book with intriguing characters and has a plot which will keep you hooked till the end" ( Fantasy Book Critic)
"A winning combination of A Game of Thrones, sword-and-sorcery RPGs, and vivid description . . . The point of view shifts continually, encompassing bit players and major characters from every angle of the struggle, and Dalglish handles his cast of thousands with aplomb . . . this is a fun read. Dalglish puts familiar pieces together with a freshness and pleasure that are contagious" ( Publishers Weekly)