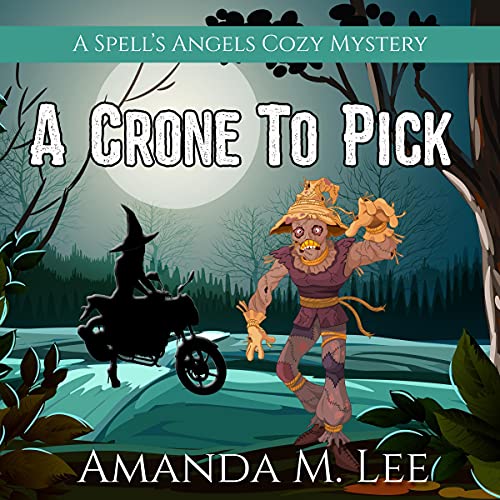 A Crone to Pick

Scout Randall knows what she is, more than a witch, more powerful than she ever thought imaginable. She’s only hit the tip of the iceberg on what she can do. Now she has to grapple with another problem.

When her former partner Evan was believed dead in a vampire attack, she blamed herself, mourned, and tried to move on. Now he’s back, and he’s more than anybody ever imagined, too. Unfortunately, nobody can find him.

When news reaches Scout that there’s been a potential vampire attack in neighboring Hemlock Cove, she packs her bags and hits the paranormal tourist destination with her boyfriend, Gunner, as backup. She’s not prepared for what she finds, including a gaggle of witches who like to cause trouble wherever they go.

Evan is there, lurking in the shadows and struggling with an identity he didn’t ask for, but death is stalking the town from multiple directions. Murder, mayhem, and monsters are afoot, and Scout is determined to get to the bottom of it all...even if her life is in danger in the process.

The baddest motorcycle gang in the Midwest is about to meet the Winchester witches. The world will never be the same.