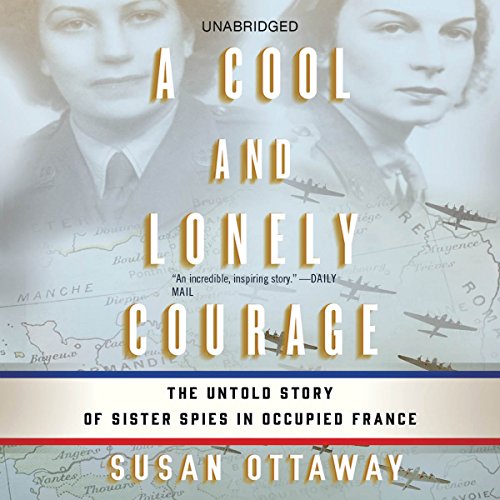 A Cool and Lonely Courage

The incredible true story of British special agents Eileen and Jacqueline Nearne, sisters who risked everything to fight for freedom during the Second World War.

When elderly recluse Eileen Nearne died, few suspected that the quiet little old lady was a decorated WW II war hero. Volunteering to serve for British intelligence at age 21, Eileen was posted to Nazi-occupied France to send encoded messages of crucial importance for the Allies, until her capture by the Gestapo.

Eileen was not the only agent in her family - her sister Jacqueline was a courier for the French resistance. While Jacqueline narrowly avoided arrest, Eileen was tortured by the Nazis, then sent to the infamous Ravensbrück women's concentration camp. Astonishingly, this resourceful young woman eventually escaped her captors and found her way to the advancing American army.

In this amazing true story of triumph and tragedy, Susan Ottaway unveils the secret lives of two sisters who sacrificed themselves to defend their country.