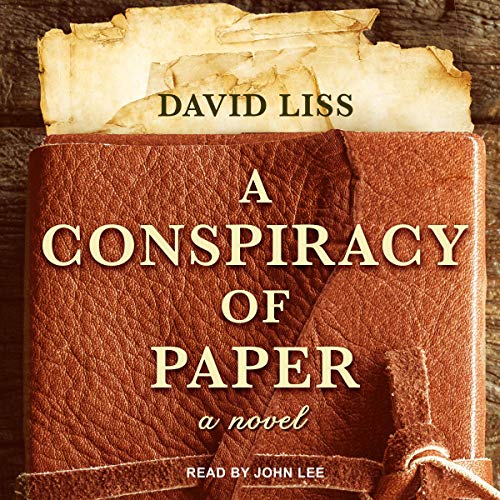 A Conspiracy of Paper

Benjamin Weaver is an outsider in 18th-century London: a Jew among Christians; a ruffian among aristocrats; a retired pugilist who, hired by London's gentry, travels through the criminal underworld in pursuit of debtors and thieves.

In A Conspiracy of Paper, Weaver investigates a crime of the most personal sort: the mysterious death of his estranged father, a notorious stockjobber. To find the answers, Weaver must contend with a desperate prostitute who knows too much about his past, relatives who remind him of his alienation from the Jewish faith, and a cabal of powerful men in the world of British finance who have hidden their business dealings behind an intricate web of deception and violence. Relying on brains and brawn, Weaver uncovers the beginnings of a strange new economic order based on stock speculation - a way of life that poses great risk for investors but real danger for Weaver and his family.

In the tradition of The Alienist and written with scholarly attention to period detail, A Conspiracy of Paper is one of the wittiest and most suspenseful historical novels in recent memory, as well as a perceptive and beguiling depiction of the origin of today's financial markets.