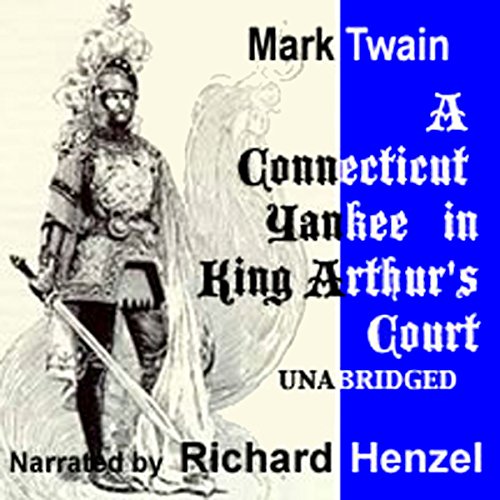 Hank Morgan is a mechanic, an engineer, and a foreman at the Colt Arms Factory. One day he gets into an argument, "conducted with crowbars," with an employee known as "Hercules." A blow to Hank's head sends him back to King Arthur's England in the Sixth Century. Quickly becoming a newspaper tycoon, an inventor, a showman, politician, and one-man military industrial complex, Hank rises to a position of power second only to King Arthur himself, ultimately challenging all of knight errantry and even the established Church.

A remarkably prescient tale, replete with brilliant humor, exciting action, biting satire, and awe-inspiring philosophy, this book shows off Mark Twain's full range of incredible storytelling gifts and his remarkable philosophies of economics, religion, and politics. This Mark Twain In Person Library recording is an approximation of Mark Twain's own voice, just as his family might have heard the story for the first time in the family library.