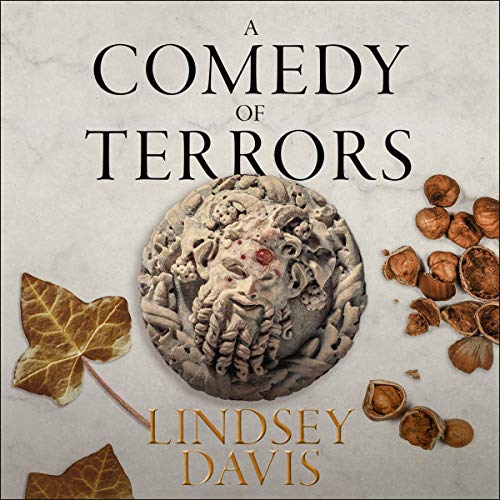 A Comedy of Terrors

The next book in the thrilling Flavia Albia series, by acclaimed author Lindsey Davis.

Saturnalia, the Romans' mid-December feast, nominally to celebrate the sun's rebirth but invariably a drunken riot. Flavia Albia needs a case to investigate, but all work is paused.

The Aventine is full of fracturing families. Wives plot to leave their husbands; husbands plot to spend more time with their mistresses. Masters must endure slaves taking obscene liberties, while aggressive slaves are learning to ape dangerous masters. But no one wants to hire an investigator during the holiday.

Albia is lumped with her own domestic stress: overexcited children and bilious guests, too many practical jokes and her magistrate husband Tiberius preoccupied with local strife. He fears a Nut War. Nuts are both the snack and missile of choice of tipsy celebrants, so there is a fortune to be made. This year a hustling gang from the past is horning in on the action.

As the deadly menace strikes even close to home, and with law and order paused for partying, Albia and Tiberius must go it alone. The emperor has promised the people a spectacular entertainment - but Domitian himself is a target for the old criminals' new schemes. Can the Undying Sun survive the winter solstice, or will criminal darkness descend upon Rome?