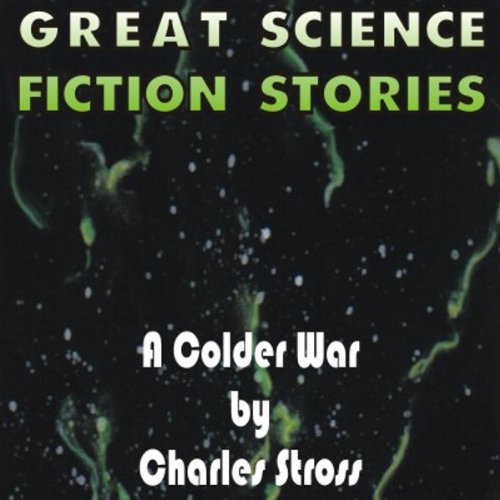 The biggest single threat to NATO may be the Shoggoth Gap. The wild card is Lt. Col. Oliver North, President Reagan's man. Roger Jourgensen, CIA operative, is at the center of this crisis. If all the political wrangling doesn't work out perfectly, there will be hell to pay, or worse - far, far worse.

Here is a modern novelette in H.P. Lovecraft's Cthulhu mythos that is rich in detail and frightening in execution. Stross' stunning tale will pull you back into the cold-war era, engendering fear and then magnifying it into non-euclidean infinities. Imagine David Cronenberg directing Dr. Strangelove, based on a script by H. P. Lovecraft. Imagine an alternate history in which nuclear bombs are not the ultimate weapon, but instead are merely a stepping stone to eldritch technologies accessible through certain trans-dimensional forces first encountered in 1920s Antarctica, technologies that neither the United States nor the USSR can quite contain.

Stross has admitted that "A Colder War" was directly inspired by Lovecraft's novel At the Mountains of Madness. The amount of research and historical mastery Stross sprinkles throughout the narrative creates the verisimilitude necessary for truly effective alternate history.