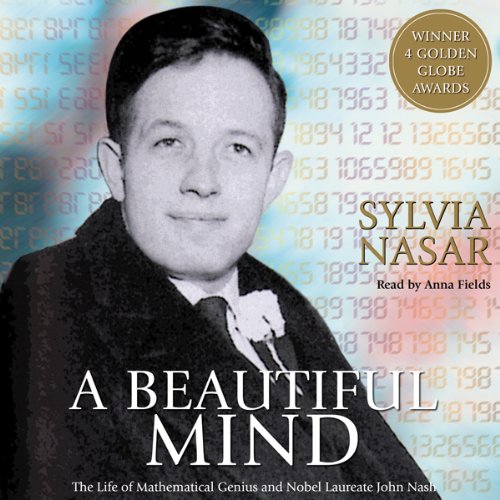 John Forbes Nash, Jr., a prodigy and legend by the age of 30, dazzled the mathematical world by solving a series of deep problems deemed "impossible" by other mathematicians.

But at the height of his fame, Nash suffered a catastrophic mental breakdown and began a harrowing descent into insanity, resigning his post at MIT, slipping into a series of bizarre delusions, and eventually becoming a dreamy, ghostlike figure at Princeton, scrawling numerological messages on blackboards. He was all but forgotten by the outside world - until, remarkably, he emerged from his madness to win the Nobel Prize.

A true drama, A Beautiful Mind is also a fascinating look at the extraordinary and fragile nature of genius.

"A Beautiful Mind tells a moving story and offers a remarkable look into the arcane world of mathematics and the tragedy of madness." ( New York Times Book Review)
"Nasar tells a story of triumph, tragedy, and enduring love." ( Library Journal)