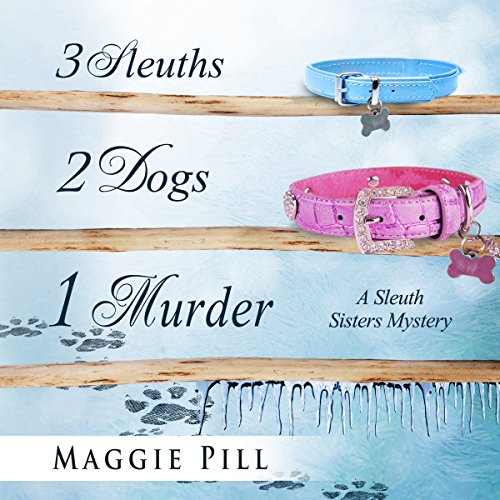 When Retta's "gentleman friend" is accused of murder, the Sleuth Sisters take on the case. Winston Darrow is a charmer, but his secrets create trouble that spills onto Retta, Barb, Faye, and even police chief Rory Neuencamp. Someone is out to get Win, someone he claims is the real killer. While Retta admits Win is less trustworthy than her daffy Newfoundland dog, she insists he's not a murderer. Dogs become an issue when Faye rescues a mutt she finds hurt on the road. Though Barb isn't a fan, she can't refuse Faye's request to keep the homely, ill-tempered Buddy. Retta, though doubtful about adopting strays, is determined that Faye's dog and her Styx will be great friends. The adjustment isn't easy, since Buddy sees Faye as the only worthwhile being in the world. As the sisters conduct their investigation, mysterious men interfere, each more threatening than the last. What do they want with them and with Winston? When the situation turns dangerous, the sleuths hide Win at Rory's cabin, reachable in a Michigan winter only by snowmobile. In the frozen wilderness, Barb and Retta must ignore their differences and work together to stay alive. Back at home, Faye faces a deadly enemy with only Buddy and a couple of horses for backup. If the Sleuth Sisters live through this, it will be due to family solidarity, doggie instincts, and loyal friends. But really, who would ask for more?