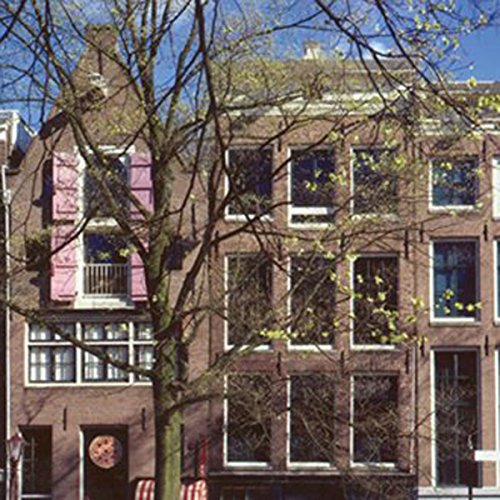 Young Jewish woman Anne Frank and her family lived in hiding from the Nazis during the years of 1942-1944 before being discovered by German police and sent to the harrowing Auschwitz concentration camp, where she was killed at the age of 15.

In The Anne Frank House, our curious world traveler and genial host Patricia L. Lawrence takes us to Amsterdam and the building that hid the Frank family, and also where Frank penned her most remarkable diary. Now a museum, Lawrence talks with staff members within its walls and we learn more about Anne and her family.

On a busy canal lined street in Amsterdam, Anne Frank and her Jewish family hid from the Nazis near the end of WWII. Anne Frank wrote accounts of their lives in this confinement. Learning from the one radio they shared and quietly listened to, Anne hoped her diary would be published. It was published posthumously, by her father; Anne's only relative to survive the Nazi death camps.
©2009 Travel Radio International Audio Journeys (TM) (P)2009 Travel Radio International Audio Journeys (TM)
Abenteuerreisen Geführte Touren
Mehr anzeigen Weniger anzeigen